The Burlington-Bristol truss bridge connects Burlington, New Jersey and Bristol Township, Pennsylvania allowing motorists to travel over the Delaware River. The bridge was built in 1930 and was opened to traffic in 1931.

Initially, A.P. Construction was responsible for refurbishing the dilapidated operator house. The operator is responsible for raising and lowering the bridge’s lift span to allow tall boats to pass through the Delaware River. However, the existing house was contaminated with lead and asbestos. Another challenge was the house door opened to oncoming traffic which created a safety concern. A.P.’s solution was the installation of a prefabricated house with a surrounding walkway that was much safer for the operator and a full upgrade from the aged 1930 machinist cabin.

In order to install the operator house, A.P. removed the old concrete blocks and counterbalanced the bridge by using lead balance weights that are smaller and denser to ensure stability. During this part of the construction, the entire bridge had to be closed and void of any traffic from 9 am to 5 pm while the installation was in progress. 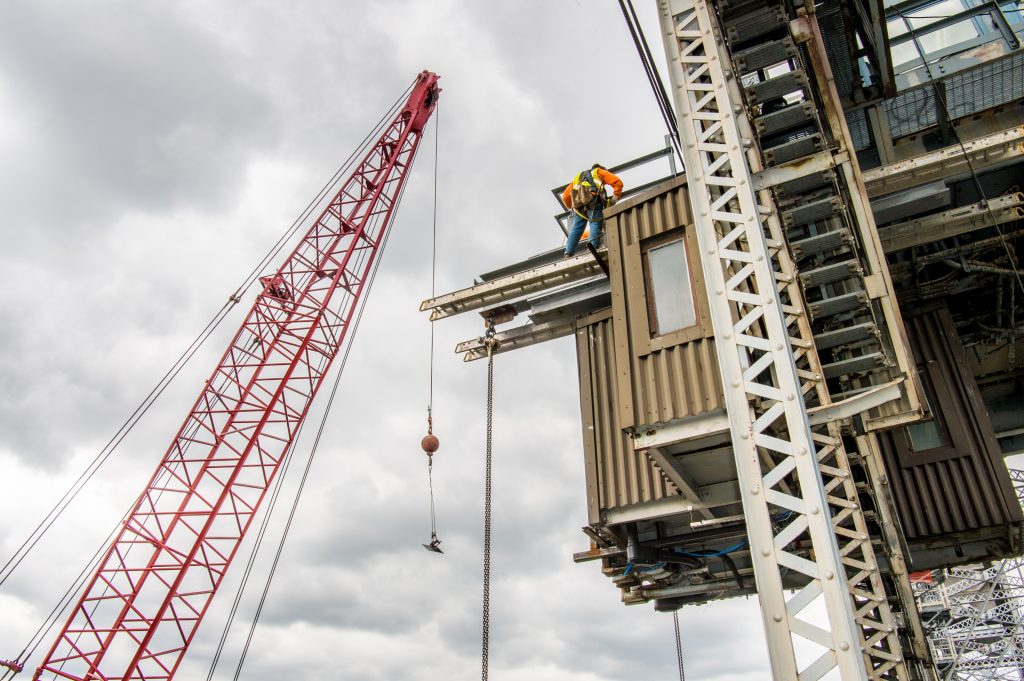 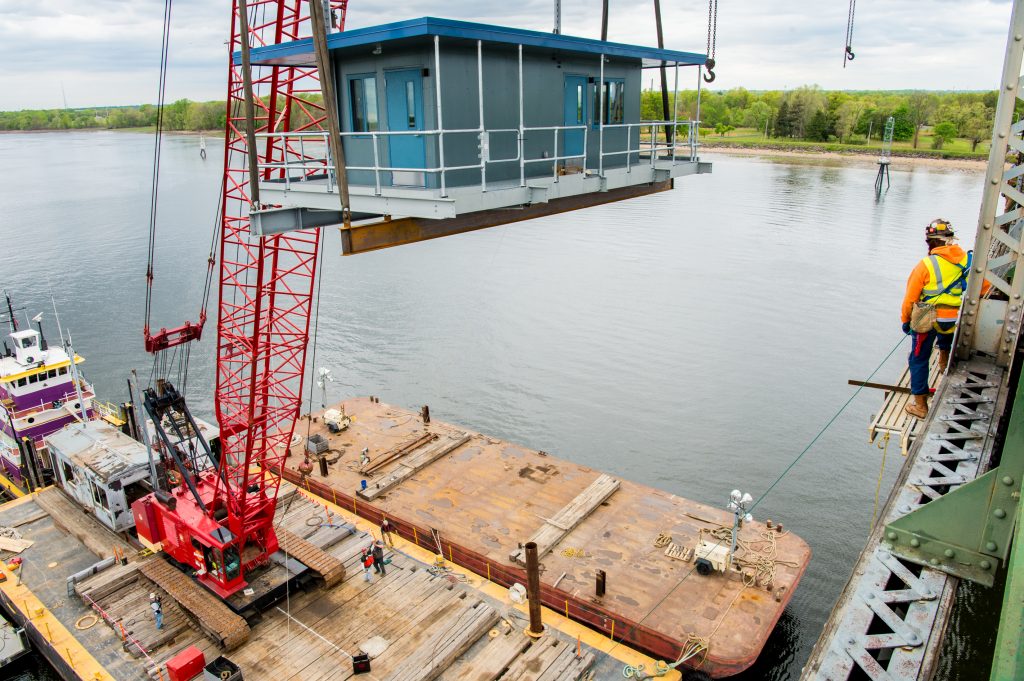